Well, I have been home for a week and thought I had just go ahead and post about our trip in parts. I don’t seem to have time to do a long post, and besides… too many pictures. I thought today I would share with you where we stayed. Beautiful Sand Bay Resort. Just a lovely couple and their boys, run this resort. We were one of only two cabins booked, as it was the first week they were open for the year, after winter. So it was a nice quiet week. Very beautiful Ottertail County was quiet all over the small towns we visited as the usual tourists weren’t there for the season yet! I loved it! We even went to the areas “fancy” restaurant, and we were the only couple there! I guess my liking the fact there weren’t a lot of folks around, tells you more about me. I would rather have been surrounded by all the pines, birch, basswood, firs, Solomon's Seal , cattails, scarlet tanagers, loons, swans, lakes, streams, deer, and sand hill cranes then people. People in mass, tend to drown out natures sounds, sights, and smells. It felt so good to have time to read, hear my first loons, my first scarlet tanager, and to see my first Solomon's seal, yellow goats beard, 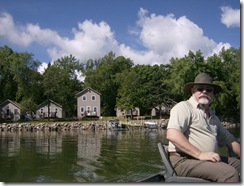 yellow pond-lily, my first change mushroom. And so many other things!

We had a beautiful basswood/linden tree right in front of our cabin, which help add to the illusion I was alone, living in a cabin in the woods. It is right behind my husband’s shoulder in this picture. Behind the linden.

The cabin was neat as a pin and came with everything you might need, except your bath/beach towels! Totally comfortable, and I could have actually dug living there if I could also have a yurt for my herbal things, and my husband have a mason building for his paraphernalia! lol But it suited fine and I would highly recommend staying there! The kitchen had everything one might need. I did bring my own cast iron skillets though;-) 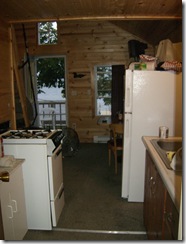 That shot was taken from the bathroom. To the south of the bathroom was out bedroom. It wasn’t large, but it had a comfey clean bed and nice antique dresser in it. 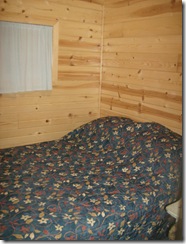 There was a nice big loft, where I threw my clothes.  A nice eating area, where we could look out over Battle Lake and our linden. 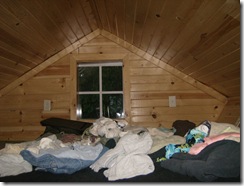 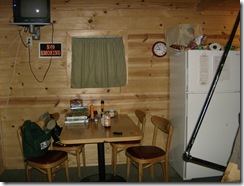 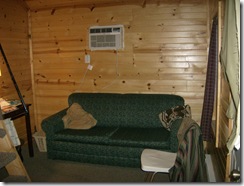 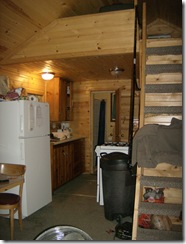 Well, more later! I have to go dash and watch the grandchildren now. Love and hugs to all of you!

Lovely Giveaway at Garden Chick in my Garden Blog 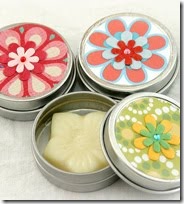 Karen is hosting a blog giveaway and if you have never visited her blog before, get yourself right over there and get introduced. Lovely blog with a real cool garden chick:) These adorable tins are filled with lotion bars and who doesn’t need once of these handmade beauties?! The tins are hand decorated with recycled materials and the lotion bars are all natural loveliness:) Karen has a lot of wonderful items in her online store also!

just found this new site, Plant Native. wonderful resource for nurseries, books etc. for native plantings near your neck of the woods:)
Posted by Comfrey Cottages at Thursday, June 03, 2010 5 comments:

From 7 PM to 7:15 PM Eastern Standard Time, on Saturday, June 5, we will all chant love, in any language, and direct our loving and healing attentions to the Gulf of Mexico.

Do you feel as if you are helpless to help our mother earth, as she bleeds into the Gulf of Mexico? Well, herbalist Gail Faith Edward’s has started a group with a useful idea. Let us all chant out love together on Saturday night. Gail had a friend suggest the idea, and herbalist Tina Sam’s suggest the group to get the word out. I thought to share with my blogger friends. Let us spread the word and join together in this folks. Visualizing together, our mother’s ocean beautiful and clean. All the healing, loving energy sent together will surely do good.