This blog post is my contribution for Lucinda, of Whispering Earth, UK Herbarium blog party. I thought it had been 42 years since the founding of Earth Day, and perhaps some people might not be aware of its beginnings and magnitude on how most of us now view our role in relation to our Mother Earth. I have also included my favorite poem, in honor of this Earth Day.

The history of Earth Day, began with a protest, here in the United States. April 22, 1970, U.S. Senator Gaylord Nelson organized this grassroots movement to educate Americans about the importance of environmentalism. 20 million people participated! This event inspired the development of the Natural Resources Defense Council and the Environmental Protection agency that same year. Greenpeace was founded the next year. This new awareness and advocacy for our planet was the thwart for the passing of the Clean Water Act, The Clean Air Act, and the Endangered Species Act.

Senator Nelson lost his senate seat in 1980, and went on to join the Wilderness Society. In 1995, President Clinton bestowed upon Mr. Nelson, the highest American civilian honor award, the Presidential Medal of Freedom, for his role in founding Earth Day.

On the twentieth anniversary of Earth Day, it went global, with 200 million participants and 141 countries participating! Recycling efforts around the world increased and this event inspired the 1992 United Earth Day Summit.

184 countries and 5000 environmental groups met for Earth Day 2000 focusing on global warming and the sustainable energy.

Gaylord Nelson was a global treasure and lived to see Earth Day become an annual global event with estimates of over a billion participants. He truly changed the game from global residents being merely earth users to earth stewards. 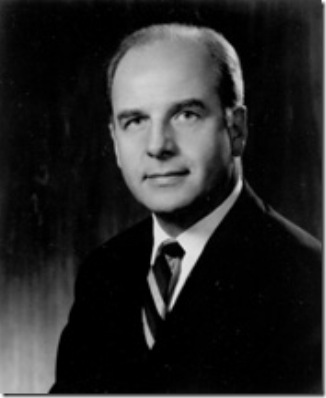 If the Earth were only a few feet in diameter, floating above a field somewhere, people would come from everywhere to marvel at it. People would walk around marveling at its big pools of water, its little pools, and all the water flowing in between. People would marvel at the bumps on it and the holes in it. They would marvel at the very thin layer of gas surrounding it and the water suspended in the gas. The people would marvel at all the creatures walking around the surface of the ball and at the creatures in the waters. The people would declare it sacred because it was the only one, and they would protect it so it would not be hurt. The ball would be the greatest wonder ever known, and people would come to pray to it, to be healed, to gain knowledge, to know beauty and to wonder how it could be. People would love it and defend it with their lives because they would somehow know that their lives could be nothing without it. If the earth were only a few feet in diameter. 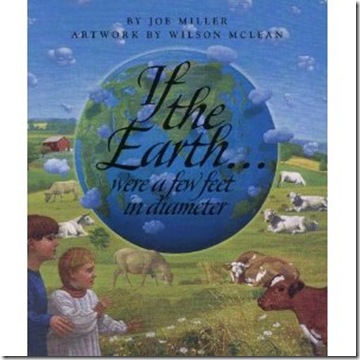 Joe Miller’s wonderful book. I recommend it as a gift to the young person in your life or for a friend who is due a very special gift.

How will you honor the day?

Today I will be working in the gardens. We have three new neighbor boys ages 9, 10 and 14. They have become frequent visitors here at Comfrey Cottages and have been most receptive to and inquisitive about the herbal gardens and the bees. I will spend the day not only planting and tending my own medicinal herbs for crafting home health products, but also the native plants which benefit our native pollinators and birds. I will also be playing it forward, helping to shape young minds with awareness and joy of these activities.

As usual, CC, a very inspiring post. Wish I could get the neighbors kids in the garden. Have fun! xxoo Nancy

I spent the day in the violet patch - bliss.

Lovely that you are having some little folk over - you never know you may spark a love of nature in them.

Interesting to know how Earth Day started.
I spent the day at home pottering in the garden on a lovely sunny day. In the evening I walked to the local river with the dogs. Bliss!

This is a beautiful and important post. The history is always nice to remember how this great celebration began.

I will second that! Really enjoyed reading the history, it brought it to life. And what a wonderful poem!
Maggie x

I love the historical overview segueing into the lovely poem.

You know I never knew the history behind Earth day! What an inspiring and heartening story it is - and I love the poem as well. Isn't it funny how easily we take for granted what the people before us had to fight for? Your day sounds absolutely perfect - being a wise and wonderful steward of the land, inspiring the younger generation to be this way too.

Wow! What amazing things one person can accomplish! Thank you so much for the history of Earth Day and for the beautiful poem. I love that! I taught an herb class on Wednesday and Saturday of last week....the most exciting comment I heard from students. "You know, I think I am going to mow the lawn, less. Who knew there were so many wildflowers and edible plants growing in what looks like weeds! Yahoo!

There are so many great people in this world to help improve our quality of life!
Happy earth to you too Sweetie,
Hugs Rosemary...xxx

Oh my gosh SDH! That is an awesome comment! Yahoo indeed!! xx
Hugs to you Rosemary!!!! xxxx