Been a snake it’d bit me!! Hello Tilia! Been looking for you!

When we were on vacation in Minnesota, this year, right outside our cabin door was a Basswood tree, otherwise known as Linden or Lime tree.  This particular one was a Tilia americana L.  I really appreciated being able to sit outside the cabin under this tree and get to know her better. One of the first dried herbs I ever purchased from an herb store was linden flowers. I have seen these trees on my various rambles, but had never had so much time to be with it:) Now this one at the cabin, blocked the view of the lake we were staying on, but I didn’t care:) 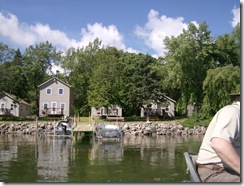 That is our cabin with the tree in front of it! lol 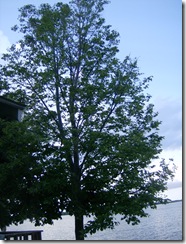 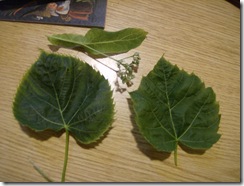 I was so excited! Unfortunately, this tree was just a week or so away from flowering. But, again, I didn’t care! I spent the week just sitting there getting to know Tilia for who she was and letting her know I was grateful for the times I had used her for a relaxing tea for nervous tension and how I appreciated her diaphoretic properties (sweat inducing) plus nervine properties when I had a bad cold. I have used the tea many times to promote sleep, also.

Since I have been back home I been hunting around for a basswood I could get too and maybe do a bit of harvesting from. Haven’t had much of a chance to look around too much … but tried to keep an eye pealed. Well today, lo and behold, there has been one sitting right in my son Jesse’s yard all along! Now the time for flower picking is passed, but I will be ready for next year:) Thinking this particular tree is a Tilia cordata. Wish I could convince my son and his wife to let me put a beehive in their yard next year. Sure would love to harvest my own basswood honey:) I met a beekeeper while in Minnesota, who sold me some basswood honey and it tastes like honey with melted butter in it! Seriously delicious folks!!

Been a great day! Went to check on the wild plum stand I know of, (they aren’t quite ready), and found 3 cottonwoods near there, so psyched about that for harvesting the buds this winter! Went over to a part of the woods I had seen a feral pear tree at earlier, and was able to harvest quite a few pears. They look small compared to store bought, but they sure are tasty! And free! I picked enough to can:) That sure will be good this winter:) 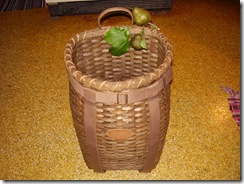 And if they wasn’t grand enough to have harvested and discovered all that… I found another stand of wild plums, near the pear tree, plus more accessible cottonwoods:)

To top of the day I got to spend a couple of hours with 1 year old Ariana and 4 year old Colin. Life is good! 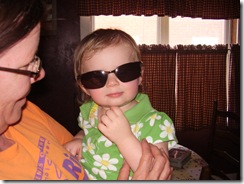 I am so envious of the plums and cottonwoods! But very cool about the lindens. It seems like they are everywhere once you start looking!

look around kind of wettish, edge of woods sort of places for the plums, tina. my sibley shows a couple types that might be common to your area:)thought of you when i was finding all those cottonwoods today;-) we will have a better harvest of them next year (fingers crossed).

Now I have some linden tea in my cupboard which I had bought a long time back. My mom had told me they drank it in Germany when little, but she never knew what it was used for...now I know! I wish we had some wild plums in our area, but the ones that were here have died. The heat and the drought over the years have done their damage.
Thanks for such an interesting post, I know I can always count on you for so many interesting things! Your little grandkids are just so cute Leslie!
Take Care,
Ulrike

thanks ulrike! i really enjoyed your last blog post. really gorgeous:) maybe you will find some new plum trees sometime:)hugs to you

I always learn something new from you... and yes, life is good. :-)

i always learn new things from you too anke:)

Good vacation time to Minnesota to be being somewhere is made choice by yourself.
I have surfed your post that is sounding little cool!
thanks for good photos.