this video is hilarious! my grandson evan, decided to play his version of the shell game. he used some wooden boxes for “shells” and a red plastic box for the “coin”. now his version entails having me close my eyes so i can’t watch him!lol watch and see how he is busted by being caught on tape removing the red block from the table and then… dropping it!lol he didn’t know i was still taping and didn’t know he was…. caught on video! been singing “bad boys” song to him all day! 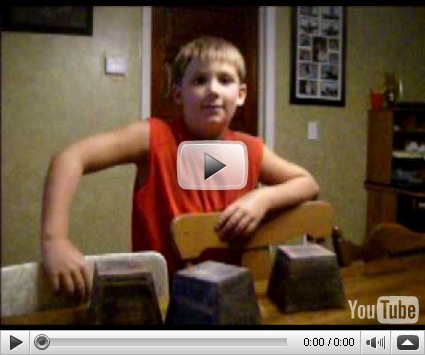